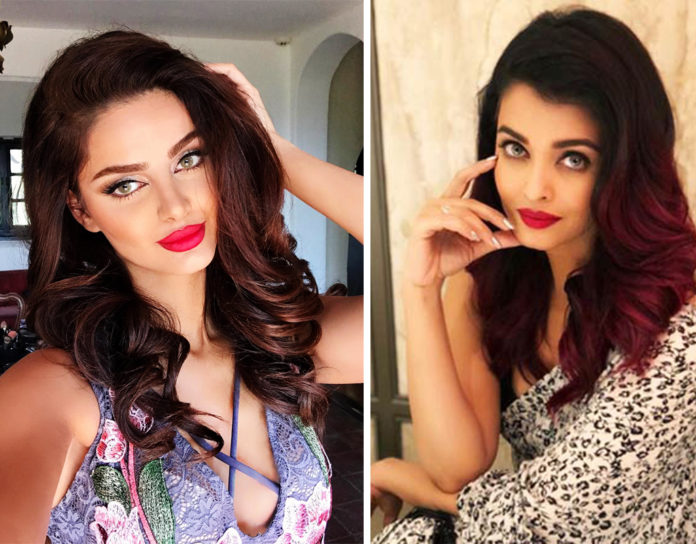 Bollywood’s beauty Actress Aishwarya Rai Bachchan has found her lookalike in an iconic Iranian beautiful model Mahlagha Jaberi. Mahlagha Jaberi is 29 years old, she is an Iranian model and her smashing beauty keeps her on the covers of several fashion book magazines

Shan Ali TV News – 10th May, 2019) Bollywood Beautiful Actress Aishwarya Rai Bachchan has found her lookalike in an iconic Iranian beautiful model Mahlagha Jaberi. Mahlagha Jaberi is 29 years old, she is an Iranian model and her smashing beauty keeps her on the covers of several fashion book magazines. The Iranian model has a impressive fan following as Mahlagha Jaberi attracts over 2.7 million Fan admirers on the Instagram acount with her elegant and angular visage. Former Miss World and Bollywood Queen Actress Aishwarya Rai has joined Anushka Sharma and Jacqueline Fernandez by finding her lookalike in that Iranian beautiful model Mahlagha Jaberi, whose grey eyes spill a magic upon the beholders.

Mahlagha Jaberi and Aishwarya Rai’s resemblance is quite uncanny. The Mahlagha Jaberi was reportedly named in the world’s most beautiful and Attractive woman after a poll. Needless to state, Aishwarya Rai’s fans appeared to be delighted to see the actress’ lookalike and they started expressing their joy on the social media in no time. As of now the Bollywood’s charming and beautiful actress hasn’t responded to her doppelganger as it is being eagerly waited for the actress’ reaction.

Mahlagha Jaberi is a famous Persian-Iranian Model who is the best known from the modeling couture designers. Mahlagha Jaberi gain huge fan following from the posting her photos on the social media sharing websites Instagram and Twitter. Mahlagha jaberi is an beautiful, talented and multifaceted Model. Mahlagha began her career as a model and appeared in many commercials brands such as Walter Mendez, Miss Holly Clothing, Posh Designs and much-more. Mahlagha Jaberi weight is around 58-60 Kg. Her height is the 5 feet and 10 inches which are very pretty good considering her overall body figure. Mahlagha Jaberi born on 17 June, 1987. She is an Iranian model currently residing in San DiegoCalifornia. Mahlagha Jaberi appeared in the many magazine covers like Mode Lifestyle, Layalina, and hia.