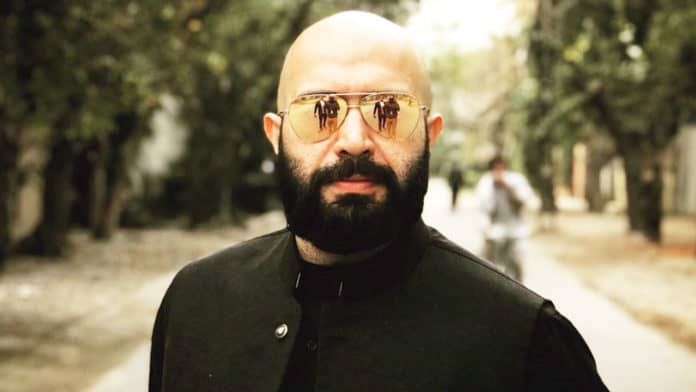 Wajahat Saeed Khan born in 1978, he is an Emmy award nominated Pakistani multimedia journalist and Anchor. Wajahat Saeed Khan has produced and anchored for Pakistan’s major cable networks, reported for the international networks as well as edited and written for the local, regional and global publications. Currently, Wajahat Saeed Khan is reporting & producing from Islamabad, Panjab, Pakistan for the NBC News, and is the National Security Correspondent for Pakistani News Channel Dunya News. Wajahat also contributes to The Times and The India Today. Currently Khan is the anchor and editor of the hit prime time Dunya News Show, Mahaaz (The Front).

Wajahat Saeed Khan was born in The Quetta, Balochistan to the family of civil servants. He was schooled at the Karachi Grammar School, where Khan was selected as the editor of the school magazine, The Grammarian, considered Pakistan’s oldest print publication. Wajahat Saeed Khan majored in Political Science and The History from the University of Michigan, Ann Arbor where he reported for and edited The Michigan Daily and became the one and only collegiate journalist to cover the USA invasion of Afghanistan after 9.11. In year 2011, the Harvard Kennedy School honoured Wajahat Saeed Khan as the first Pakistani fellow at the Shorenstein Center on Media, Politics and Public Policy, Harvard University. At Harvard, Wajahat Saeed Khan authored only of the first studies tracking hate content on The Pakistani social media.

Wajahat Saeed Khan’s broadcast career started soon after his return from the college, when electronic media was deregulated in The Pakistan in the early year 2000s by the regime of The (retired) General Pervez Musharraf. Wajahat Saeed Khan joined the Pakistan’s largest media house, the Jang Group of Newspapers and Geo News, as Manager of News Product Development and Strategy before switching to the news production. Khan was at the Geo News, the Pakistan’s primary cable news network, from 2003 to 2007. He then helped launch to the Dawn News channel, Pakistan’s first English-based news Channel network, in year 2007 where his broadcast career effectively took off with the interview series Show (Talk Back), Wajahat Saeed Khan also became the first Journalist of Pakistan to produce an investigative – interview series from The India for (Talk Back / Eye on India). Wajahat Saeed Khan also produced the one first independent documentary series on the Pakistani Army/military, (We Are Soldiers), which was eventually banned by Pakistan Electronic Media Regulatory Authority becuase for some information issues.

From 2012 to 2013, Wajahat Saeed Khan switched languages, pivoting from English broadcast to The Urdu, and conducted the series (Ikhtilaf) – (Opposition), for The Karachi based on AAJ TV Channel.

In year 2013, Khan joined The Jang Group of Newspapers and Geo News again, but in the new capacity as the National Security Editor of Pakistani largest electronic-media house. Khan’s writings at The News/Jang focused on the Pakistani Army/military.

In year 2015, Khan was appointed the Executive Vice President and Senior Anchorperson at The BOL Network Pakistan for the some weeks before resigning due to the Axact scandal, before joining The Dunya News as the anchorperson and the editor of the groundbreaking and hit field based series show, (Mahaaz).

In year 2016 Khan write several opinion pieces in eminent USA Publications such as The Forbes, The Washington Times, The Hill and The Daily Caller, illustrating the shortcomings in USA policy implementation with programs and shows such as USAID and Transparency International. This has been followed up in year 2017 with pieces such as those in the Foreign Policy Association highlighting same concerns.

In The July 2018, along with the coverage Pakistani 10th general elections, Wajahat Saeed Khan completed Two Hundreds (200) episodes of (Mahaaz) series show. For long form investigative pieces, Khan also founded The Bureau of Investigative Reporting, a not for profit reporting collective which pursues journalism for the public benefit and covers issues usually not covered by the mainstream and electronic media in Pakistan.

Wajahat Saeed Khan did a short stint for The CNN Channel in year 2011 to 2012, before moving on to produce and then correspond for The Indian Media NBC News Channel from Islamabad, London, Kabul and Kathmandu.

Wajahat Saeed Khan’s first book titled (Game Changer – Being Shahid Afridi) is slated to come out in 2019. The Game Changer book is being published by Harper Collins and is an biographical account of the life of famous Pakistani cricketer Boom Boom Shahid Khan Afridi.