UAE President Sheikh Khalifa dies: President of the United Arab Emirates, one of the richest kings in the world, has died at the age of 73.

He has been president of the United Arab Emirates since 2004, but his role has remained largely formal since his stroke in 2014.

His half-brother Muhammad bin Zayed Al Nahyan will now be in charge of state affairs. On January 24, 2014, Sheikh Khalifa suffered a stroke that severely affected his health.

He further added that the state did not want to cover up the health of the President.

Sheikh Khalifa did not appear in public for a long time. Although it took a long time for him to fully recover, he continued to serve as the head of state.

When about 50 UAE soldiers were killed in an attack by Houthi rebels in Yemen in 2015, it was Sheikh Khalifa, who had not yet fully recovered from his illness, as the country’s president. Condolences were sent to the families of the soldiers. 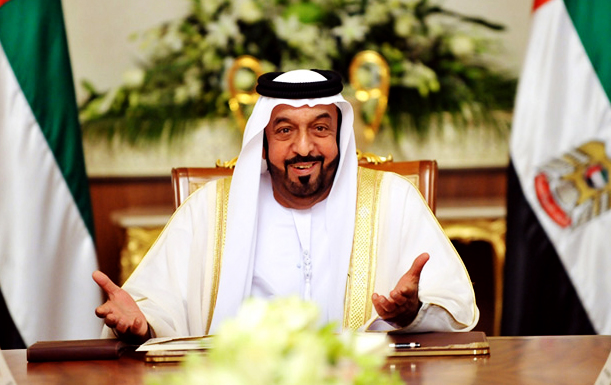 He became President of the United Arab Emirates in 2004 after the death of his father, Sheikh Zayed bin Sultan. Sheikh Zayed founded the UAE Federation in 1971.

Observers of the UAE’s development over the past 50 years say that Sheikh Khalifa not only maintained his father’s developmental vision but also introduced his own unique leadership style. According to the UAE newspaper The National, Sheikh Khalifa said in a 1990 interview that he had learned a lot from his father.

UAE President Sheikh Khalifa dies: “Every day I learn something from them, follow in their footsteps and absorb their values and the need for patience and vigilance in everything.”

He vowed to continue the policy of “open door” and regular consultation with the citizens of the country so that I could be aware of their needs and concerns and take care of them.

According to UAE media, Sheikh Khalifa was born in 1948 in the historic Al-Awein Fortress in the city of Al Ain, about an hour and a half away from Abu Dhabi.

Built of mud in the green valley of Al-Ain, this historic fort is a great example of 20th-century architecture.

It is now also known as a tourist destination. He received his early education at the local school in Al Ain, which was built by his father.

By the time Sheikh Khalifa was crowned three years later, he had received military training at the Sandhurst Military Academy in Britain.

Shortly after being crowned, he was appointed chairman of Abu Dhabi’s defence department.

After the establishment of the United Arab Emirates in 1971, Sheikh Khalifa was made the Prime Minister of Abu Dhabi.

During this time he also held several other positions. He was also the head of Abu Dhabi’s cabinet, as well as defence and finance ministers.

In 1973, he was appointed Deputy Prime Minister of the United Arab Emirates.

By the last years of his life, Sheikh Khalifa had become an important pillar of the UAE state and was valued by all the people of the country.

The UAE, meanwhile, witnessed several historic moments: Pope Francis I’s visit in 2019, the UAE’s first astronaut flight later that year, and the signing of the Abraham Agreement with Israel, which led to the UAE’s return in 2020. Relations with Israel returned to normal.

Behind all these steps was the vision of Sheikh Khalifa and the full confidence of other leaders in the UAE.

In November 2019, Sheikh Khalifa was re-elected for a fourth five-year term as President of the United Arab Emirates by the Alliance’s Supreme Council, a position he held until his death.

The UAE’s Ministry of Presidential Affairs has announced that 40 days of official mourning will be observed in the country and flags will remain low. There will be a three-day shutdown at the federal and local levels of ministries and government agencies and the private sector.

Sheikh Mohammed bin Zayed, Crown Prince of Abu Dhabi and Deputy Supreme Commander of the Armed Forces, wrote an online message in memory of the President of the United Arab Emirates, saying, “We are for Allah and return to Him.” ‘

The United Arab Emirates has its own good son, the leader of the Empowerment Stage. Has lost. ‘

Leaders of many countries around the world have expressed their condolences on the death of Sheikh Khalifa, in addition to the Gulf states, Pakistan, India, Turkey, Lebanon and other countries.

According to a tweet from ISPR, the Pakistan Army’s public relations department

The Chief of Army Staff of Pakistan and all members of the Pakistan Army extend their heartfelt condolences on the sad demise of the President of the United Arab Emirates Sheikh Khalifa bin Zayed Al Nahyan.

UAE President Sheikh Khalifa dies: “Pakistan has lost a great friend,” the tweet added. May Allah Almighty rest their souls and give strength to the bereaved family to bear this irreparable loss, Amen.

Imran Khan is responsible for the historic increase in Dollar, Marriyum Aurangzeb