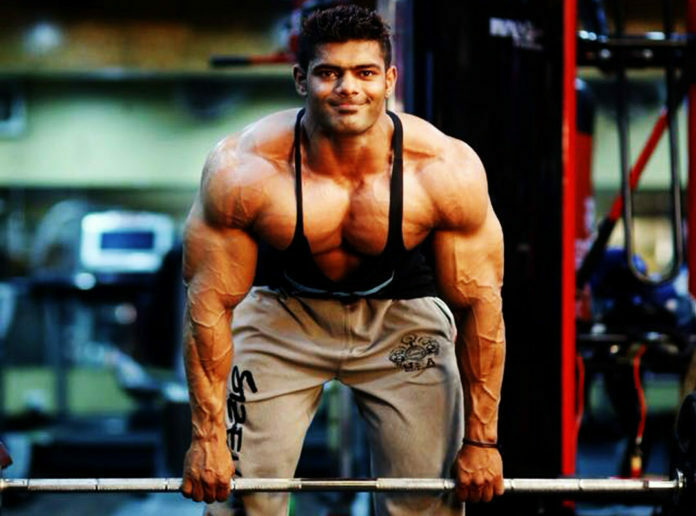 Yaseen Khan, from KPK, Peshawar, Pakistan, Khan is Very Famous and Strong Bodybuilder in Pakistan, is aiming to participate in the 2017 Mr Olympia physique competition.

He is in good form to do so too. Yaseen Khan recently won the National bodybuilding championship 2017 ,which took place in Faisalabad.

His competition victory adds to his Mr. Pakistan Championship title which he won in 2015. He is the 5th Biggest Bodybuilder in Pakistan.

Waqas Tariq is now living in United Arab Emirates (Dubai), but Waqas Tariq says: (I want to represent Pakistan’s bodybuilding around the globe, I want to make everyone proud of Pakistani bodybuilders). He is the 4th Biggest Bodybuilder in Pakistan.

Abdul Majeed is the third biggest bodybuilder in Pakistan, he originally from Karachi, Sindh, where he won Mr. Sindh, Mr. Karachi, and a silver medal in Mr. Pakistan Championship.

But now, He is the professional bodybuilder and personal trainer lives in UAE, Dubai, where he works for the Dr Nutrition company.

In the 2016 South Asian Bodybuilding Championships, at Lahore, Majeed won the Gold Madel in 100kg category. However, he came second in the overall competition standings as Waqas Tariq took the Mr Pakistan title.

Abdul Majeed began training 10 years ago in local pakistani gyms. He says: I’m the national champion. This is the result of my very hard work as a bodybuilder for a decade now.

The Pakistani bodybuilder now first time aims to get himself a pro card from the International Federation of Bodybuilding and Fitness (IFBB), currently, only Bodybuilder Atif Anwar has an IFBB Pro card. Abdul Majeed says:

“We only have Atif Anwar who has a pro card, he is the my role model. But he is an Australian Citizen now, while I want to stay here Pakistan. If I get a pro card then it will be an matter of pride for the nation as then only one professional would be representing Pakistani Nation and Pakistan Country internationally.

Salman Ahmad is the 2nd biggest Bodybuilder in Pakistan, he from Lahore, Pakistan, he is one of the Pakistani bodybuilders that Yaseen Khan will be hoping to take inspiration from.

In year 2015, Salman Ahmad won the gold medal and the Mr. Musclemania world title in Las Vegas, U.S. This adds to the Mr. Lahore title he claimed in year 2010.

Salman Ahmed Speaking after his victory, an emotional Salman Ahmad says: “It is the first time in 25 years that this big World title is going to Pakistan. I am nothing without the support of my parents and My Nation’s Pray.

The following year, Salman Ahmad very nearly did it again. Unfortunately, though, he came 4th in Musclemania Universe of 2016. Salman Ahmed is the 2nd biggest bodybuilder in Pakistan.

In March 2015, Atif Anwar incredibly won the ‘Over 100kg class’ World title at the Arnold Classic competition in Australia.

The competition is named after the Hollywood actor, star, and seven time Mr. Olympia, Arnold Schwarzenegger (pictured above with Anwar, & Below in the video You can See that).