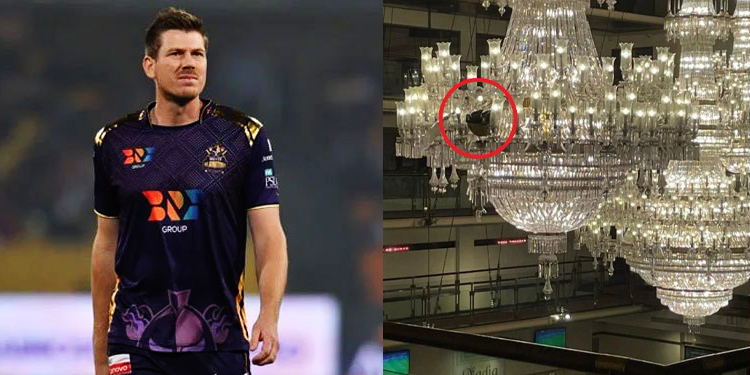 The PCB and Quetta Gladiators have vehemently denied the allegations made by James Faulkner.

The Pakistan Cricket Board (PCB) and Quetta Gladiators have issued a joint statement on the allegations made by James Faulkner regarding non-payment during HBL Pakistan Super League 2022.

The PCB and Quetta Gladiators are disappointed with the reprehensible behavior of James Faulkner, who was once part of the Abu Dhabi stage of the HBL Pakistan Super League 2021, where he was treated with respect along with all the other participants.

In the seven-year history of HBL PSL, no player has ever complained of non-payment.
On the contrary, all the players have always appreciated the efforts of the PCB. Most of these players have been part of HBL PSL since 2016.

In December 2021, James Faulkner’s agent verified his UK bank account for payment, which was noted.

All payments have been made to them as per agreement.

The remaining 30% payment was to be made within 40 days of the end of HBL PSL 2022, however this will now be reviewed.

Despite the money being transferred to the UK account, James Faulkner insisted that all remittances be sent back to Australia’s on-shore account, which meant he would be paid twice.

He also threatened not to participate in the Multan Sultans’ match on Friday if the money was not transferred.

As a responsible body, the PCB contacted James Faulkner on Friday afternoon.

Despite the abusive behavior, James Faulkner was assured that all his grievances would be addressed.

However, he refused to reconsider his decision to return to the field to play a crucial match for his team and directed to make his travel arrangements immediately.

During this time, the PCB kept in touch with his agents, who were remorseful and apologetic.

Prior to his departure, James Faulkner had deliberately damaged the hotel property on Saturday and had to make up for the loss.

The PCB has since received complaints from immigration officials about James Faulkner’s behavior.

In this context, the PCB has taken serious note of James Faulkner’s serious misconduct and has unanimously decided with the franchisees that James Faulkner will not be included in any future HBL Pakistan Super League event for a draft. ۔