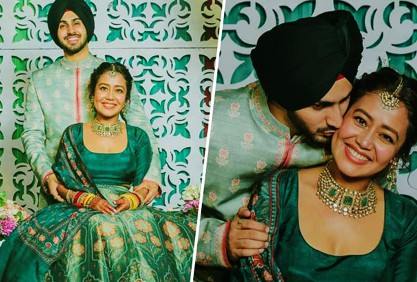 In which singer (Rohan Preet Singh) also appeared with her.

Now Singer Neha is married to (Rohan Preet Singh) and she is also sharing photos with her fans in this regard.

Neha Kakkar was the first to post photos of the (TURMERIC) ceremony.

Later she shared some photos of her (HENNA) ceremony.

In which she is wearing a green dress.

According to the media, she got married in New (DELHI).

GURDWARA according to Sikh traditions.

After hearing The news of Neha Kakkar’s marriage.

Her fans continue to express good wishes as well as offer prayers to her.

It may be recalled Neha Kakkar had parted.

Ways with singer and dancer (Hemanshu Kohli) in 2018.

It should be noted Neha Kakkar has managed to make a name herself.

In Bollywood due to her unique voice.

She has remade his voice in several old Bollywood songs.