Shoaib Akhtar, who bowled at a speed of 161.3 kph, is the fastest bowler in the world and the most dangerous fast bowler as well as the richest cricketer in Pakistan with a total net worth of 4.2 billion Pakistani rupees.

Did you know that Shoaib Akhtar had beaten 2 Indian cricketers in a hotel room?

And do you know how the son of a very poor man who works as a watchman at a petrol station became such a great cricketer? 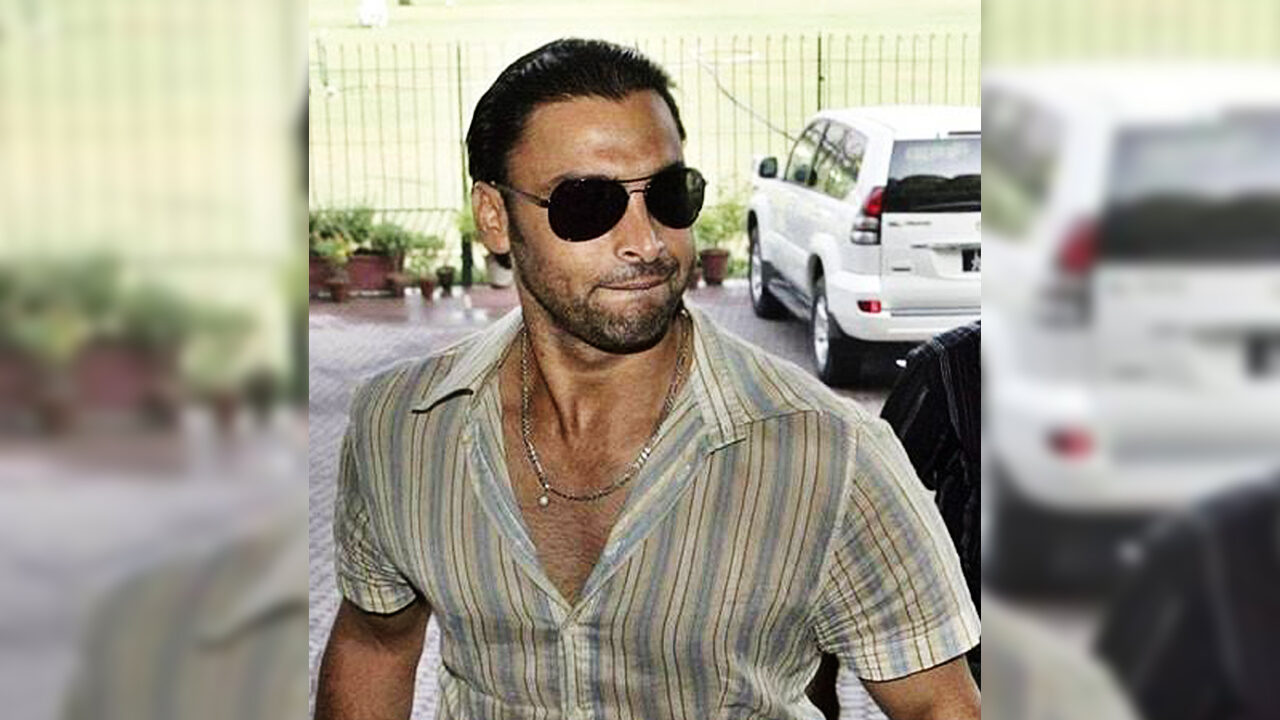 He is a former Pakistani cricketer who is considered to be the most dangerous and fastest fast bowler in the world. Akhtar played cricket for Pakistan from 1997 to 2011. He is also a commentator, cricket expert, and YouTuber after retiring from cricket in 2011. Shoaib Akhtar biography. 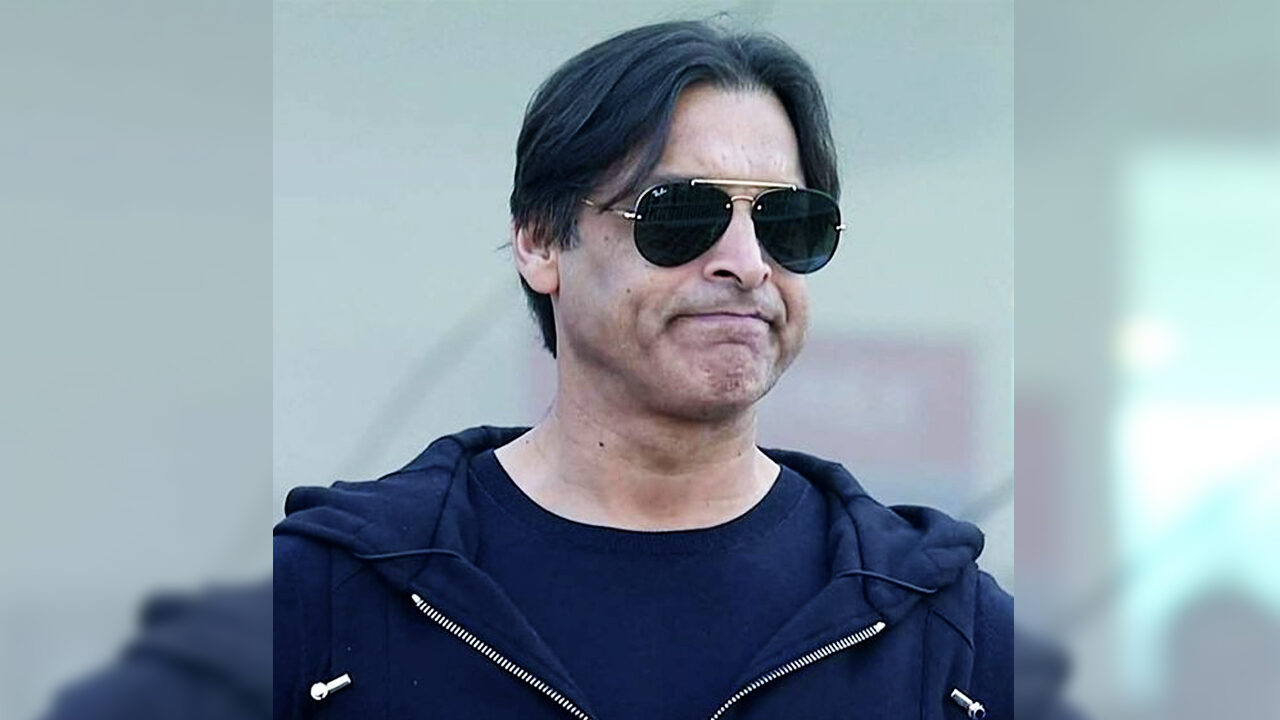 He was born on August 13, 1975, in a very middle-class family in MORGAH, a small village in Rawalpindi, Pakistan, and now Shoaib Akhtar’s age is 46 years. 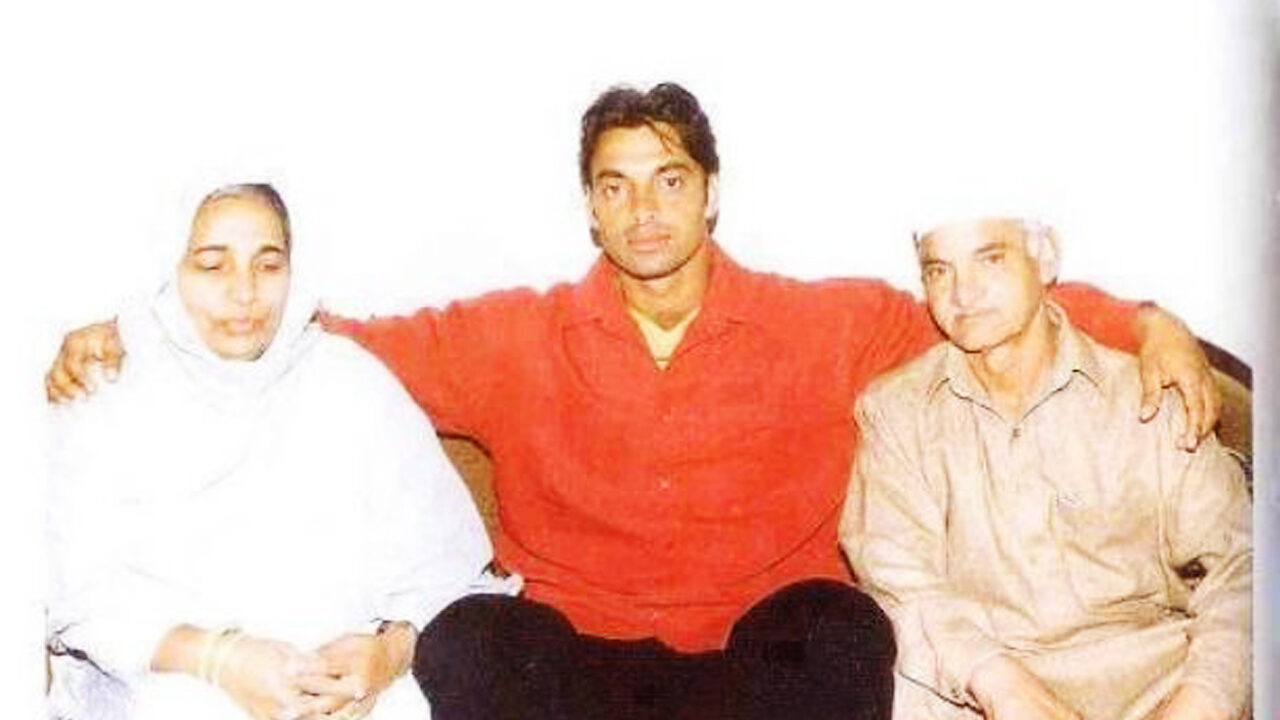 Muhammad Akhtar married Shoaib Akhtar’s mother, Hameeda Awan who gave birth to 5 children including 4 sons and a daughter, he was fourth among them. Shoaib Akhtar Biography. 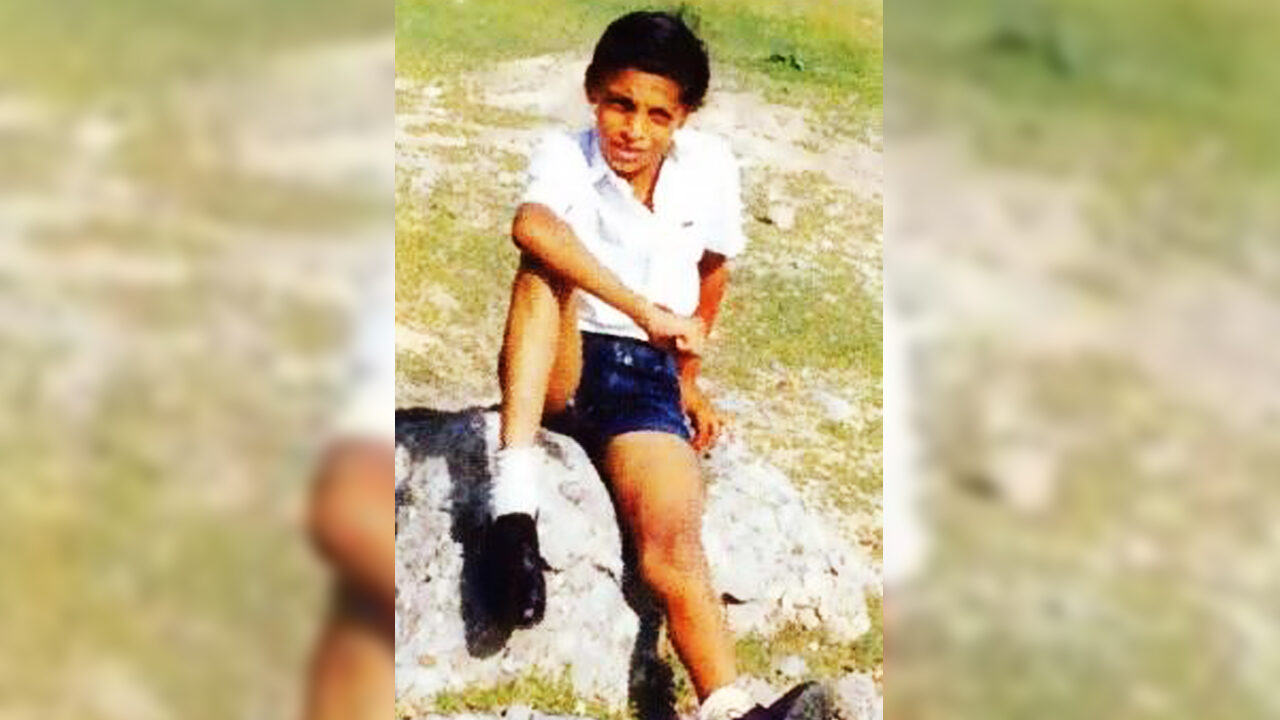 You will be surprised to know that he could not even walk till he was 5 years old and till the age of 13 he could not run properly.

He received his early education at Elite High School Morgah while enrolling in Asghar Mall College, Rawalpindi for further studies.

As a child, he suffered a lot due to not running properly, but Shoaib did not give up and maintained his cricketing passion.

Shoaib used to go to the cricket ground an hour away from home to play cricket, even though he did not have enough money for rent. 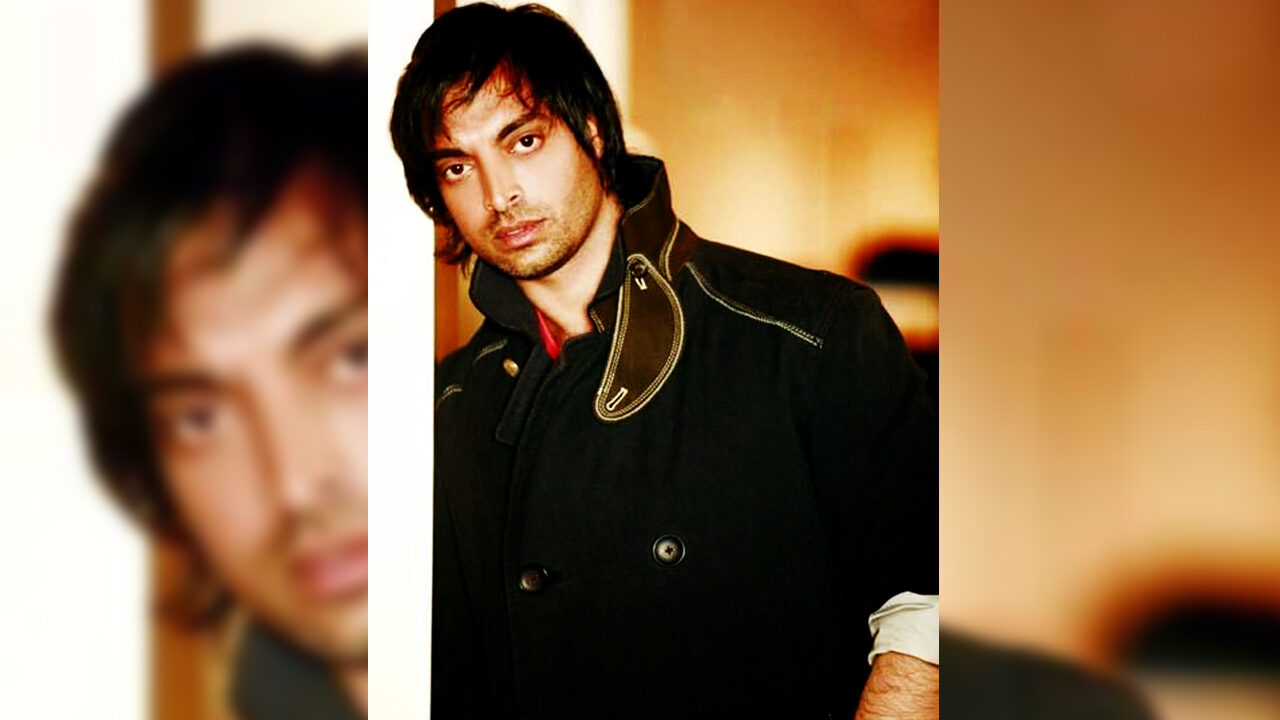 Akhtar started his cricket career at the age of 19. At that time when he had to go to Lahore for selection, even then his pockets were empty.

Due to a lack of money, Akhtar reached Lahore by hanging on the bus. Spending the night there on the side of the road with TAANGE WALA, and early in the morning, the same TAANGE WALA had taken him to the ground, after which Shoaib had given trials.

Shoaib Akhtar started his first-class cricket career at the age of 19 by playing for ”Zarai Taraqiati Bank of Pakistan” in the 1994 season. 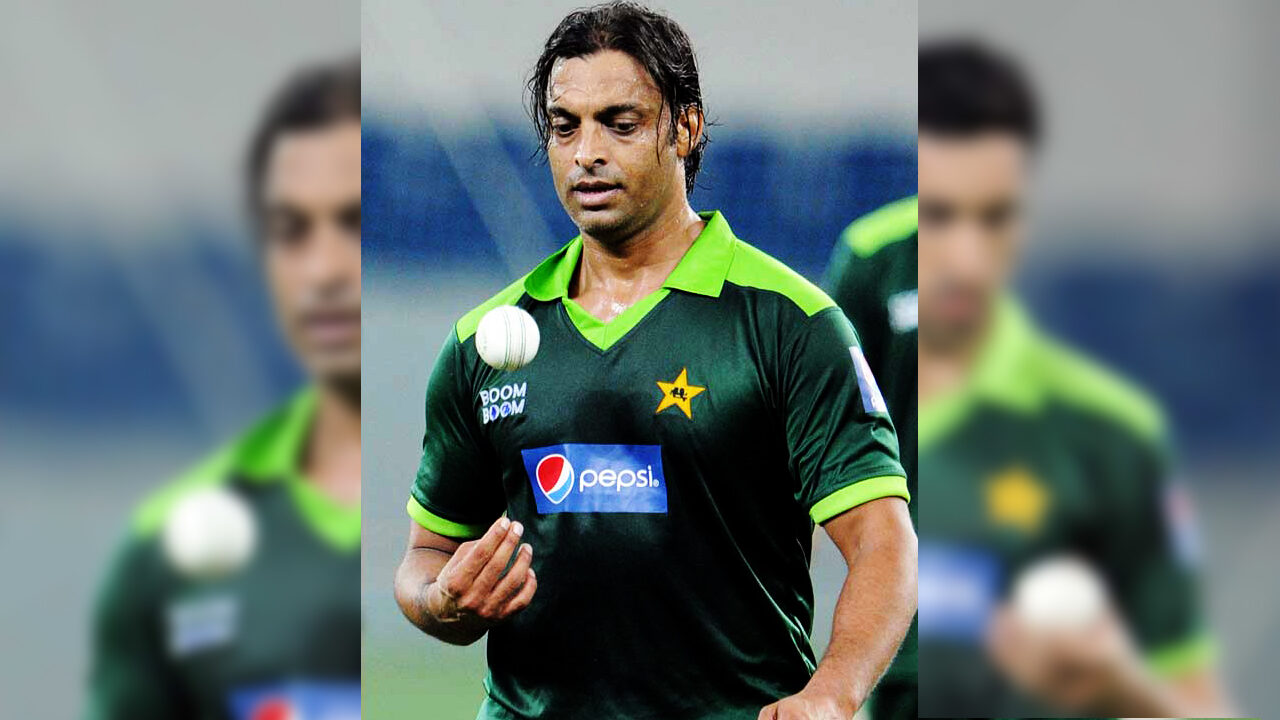 Shoaib started his international cricket career in 1997 by playing a Test match against the West Indies and impressed everyone with his fast bowling.

His popularity began with a stellar performance in a Test match against India before the World Cup 1999.

He surprised everyone by clean bowled Indian batsmen Rahul Dravid and Sachin Tendulkar on two consecutive balls against India in Kolkata in 1999.

Shoaib took a total of 8 wickets in this match. Later, he played a key role in the victories against New Zealand and South Africa.

But the 2003 World Cup proved to be a failure for him, as a result of which Shoaib was dropped from the team.

He used to be in and out of the national team from time to time. When he joined the team again in 2004, he showed a great performance against New Zealand, but the tour of India in 2004 brought difficulties for him. 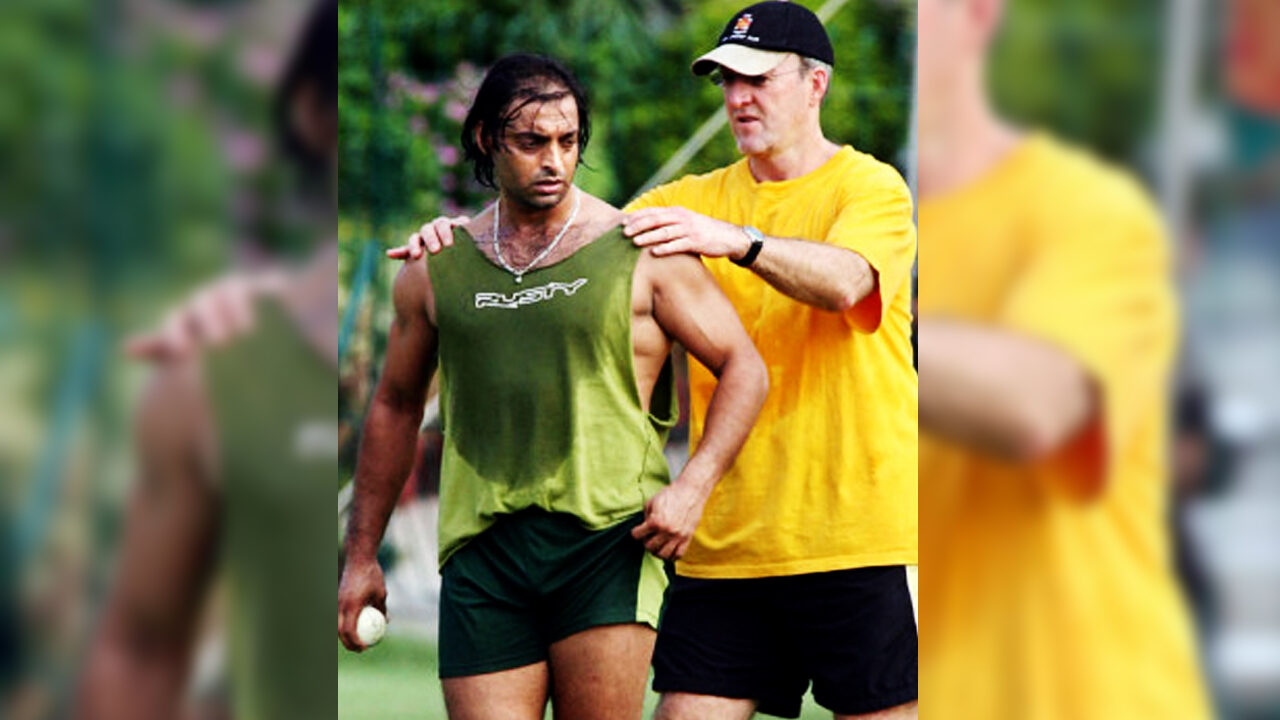 Akhtar’s decision not to play due to an injury sustained during the match in this series led to a quarrel with the former captain Inzamam-ul-Haq and coach Bob Woolmer of the Pakistani team.

Inzamam-ul-Haq asked questions about the truth of the injury which later turned out to be a lie.

A tour of England in 2005 proved to be a turning point for him as he displayed excellent bowling on useful pitches for batting. He took the most 17 wickets in the series due to his slow bowling. 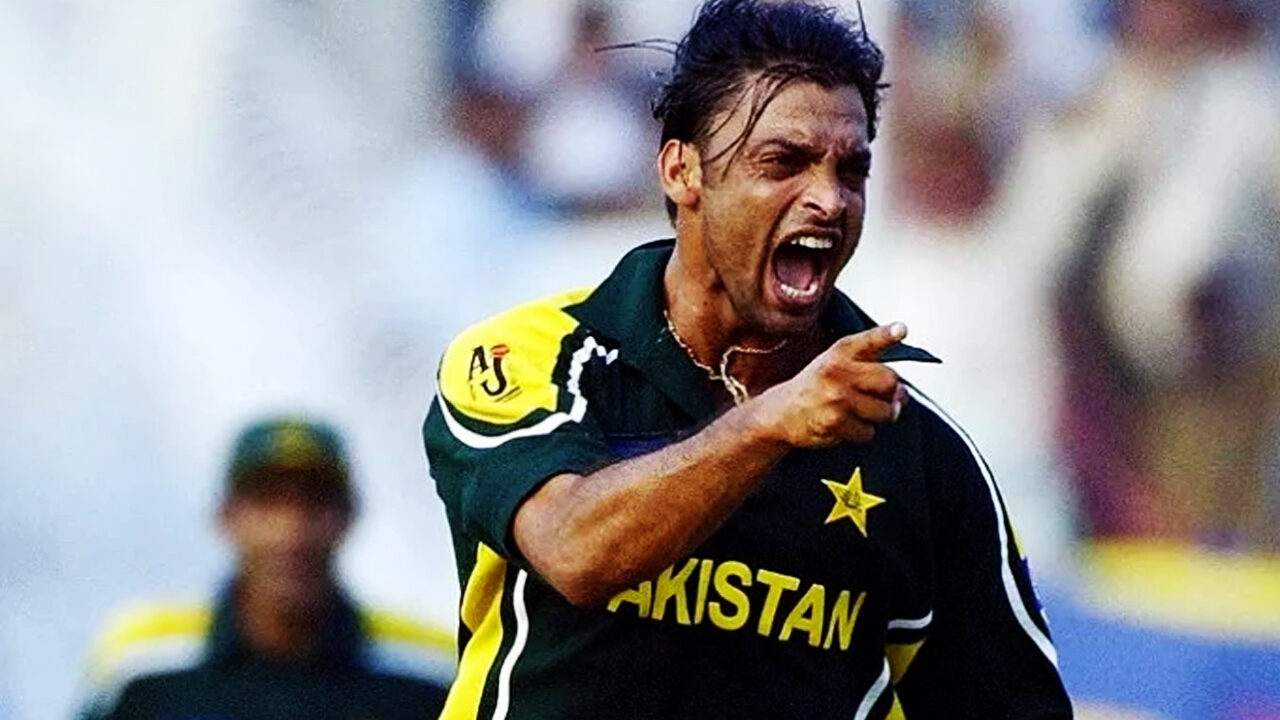 He is the only player in the world who has bowled twice at a speed of more than 100 miles per hour, the honor he gave during the 2003 World Cup against England.

Akhtar hit a ball at a speed of 100.2 miles per hour, or 161.3 kilometers per hour, which is still considered to be the fastest bowling in the world. 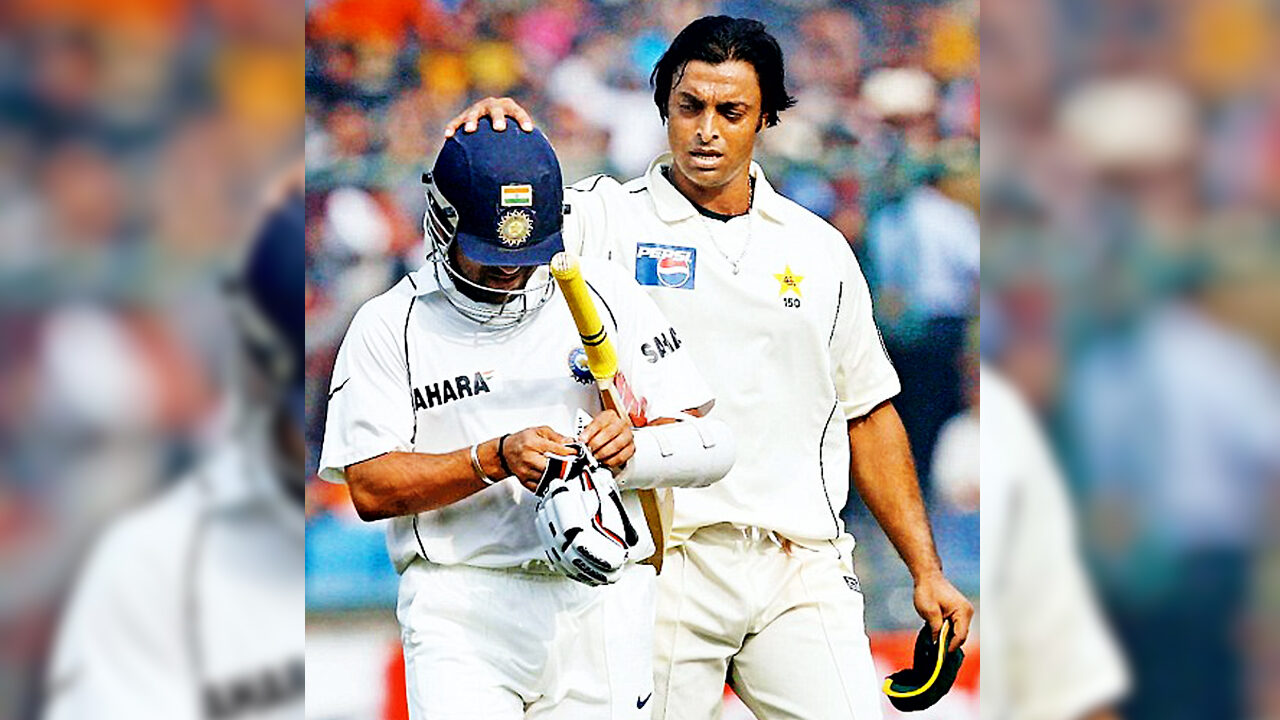 Due to this world record and the fastest bowling, the world’s greatest batsmen were afraid of Shoaib Akhtar, and Indian batsman Sachin Tendulkar, who is considered to be the number one batsman in the world, was terrified to see Shoaib Akhtar and his legs were shaking.

He was also considered to be one of the most dangerous fast bowlers in the world for breaking bones and injuring batsmen.

from India’s Sourav Ganguly to West Indies’ Brian Lara has been the victim of Akhtar’s cruel bowling. 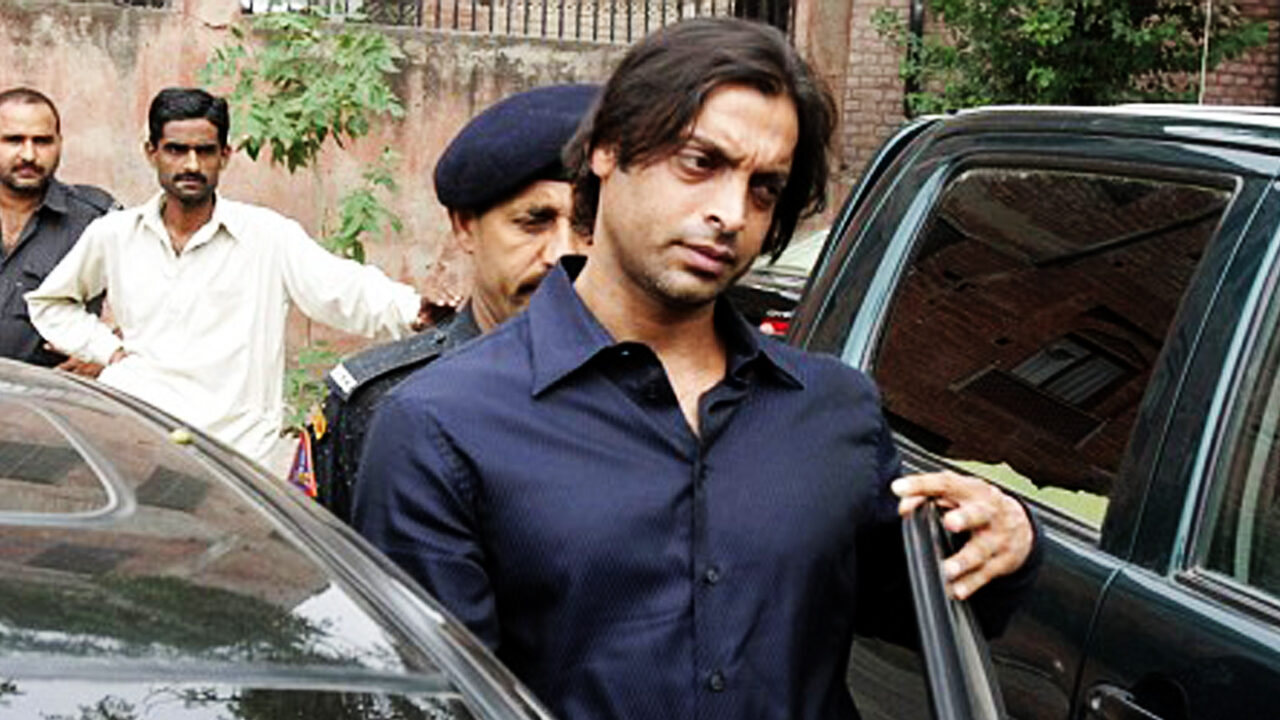 Shoaib Akhtar’s cricket career is full of controversy. In his time, he was always in the headlines of newspapers around the world due to controversies and allegations.

The controversy began in Australia in 1999 when the umpire Peter Willey and Darrell Hair objected to his bowling action, which was later allowed. 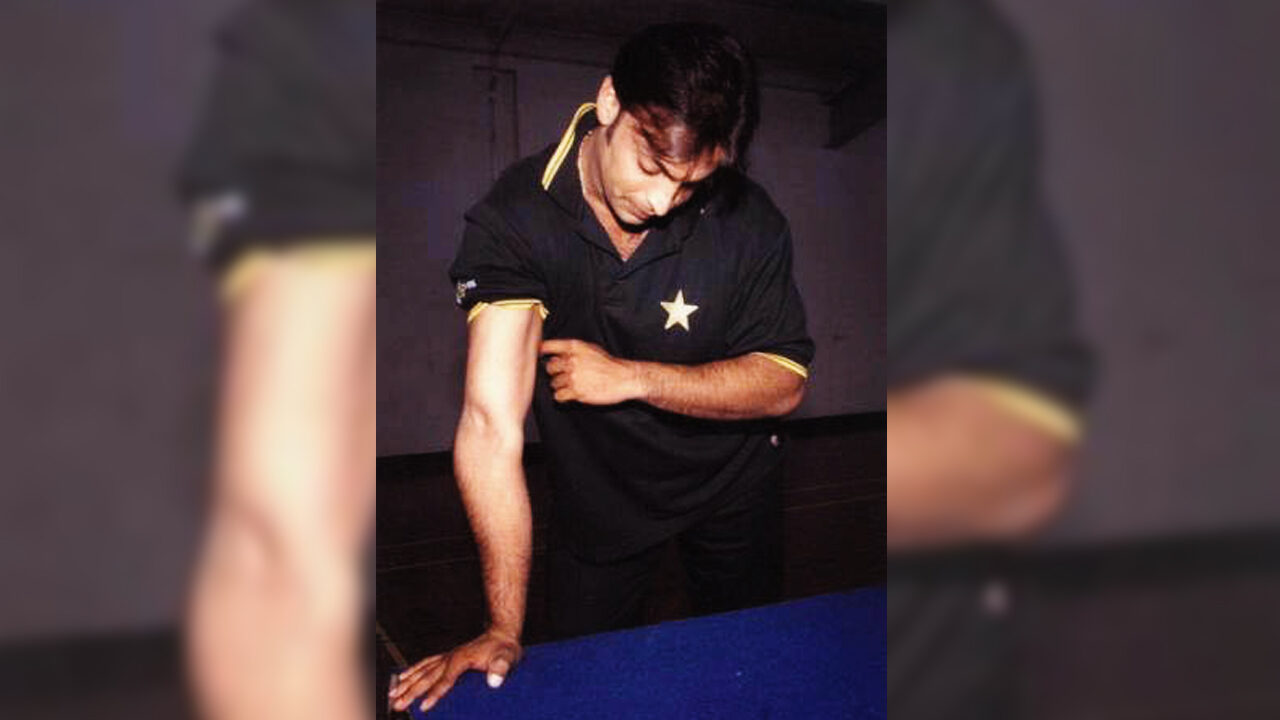 In 2003, the umpire Steve Dunne and Doug Cowie again objected to Shoaib’s action. After studying and researching his action at the University of Western Australia, it was discovered that he had a congenital elbow in his arm, which led to his bowling action being re-justified.

He was accused of ball-tampering during the match against Zimbabwe in 2002.

During the match against Sri Lanka in 2003, Shoaib was again accused of ball-tampering, became the second cricketer in the world to be fined and banned.

Cricket fans believe that some members of the PCB, some of the players on the team, and the ICC were involved in promoting Shoaib’s controversy and ruining his cricket career, but you also have to admit that Akhtar himself was responsible for these conflicts and for putting his career at stake.

During his tour of Australia in 2005, he was repatriated for misconduct and immorality with other players.

Shoaib Akhtar and Mohammad Asif were banned from playing cricket in October 2006 when both players were found guilty of taking the illicit drug nandrolone steroid.

In August 2007, the Pakistan Cricket Board imposed a fine of Rs 300,000 on Shoaib for insulting the cricket board. 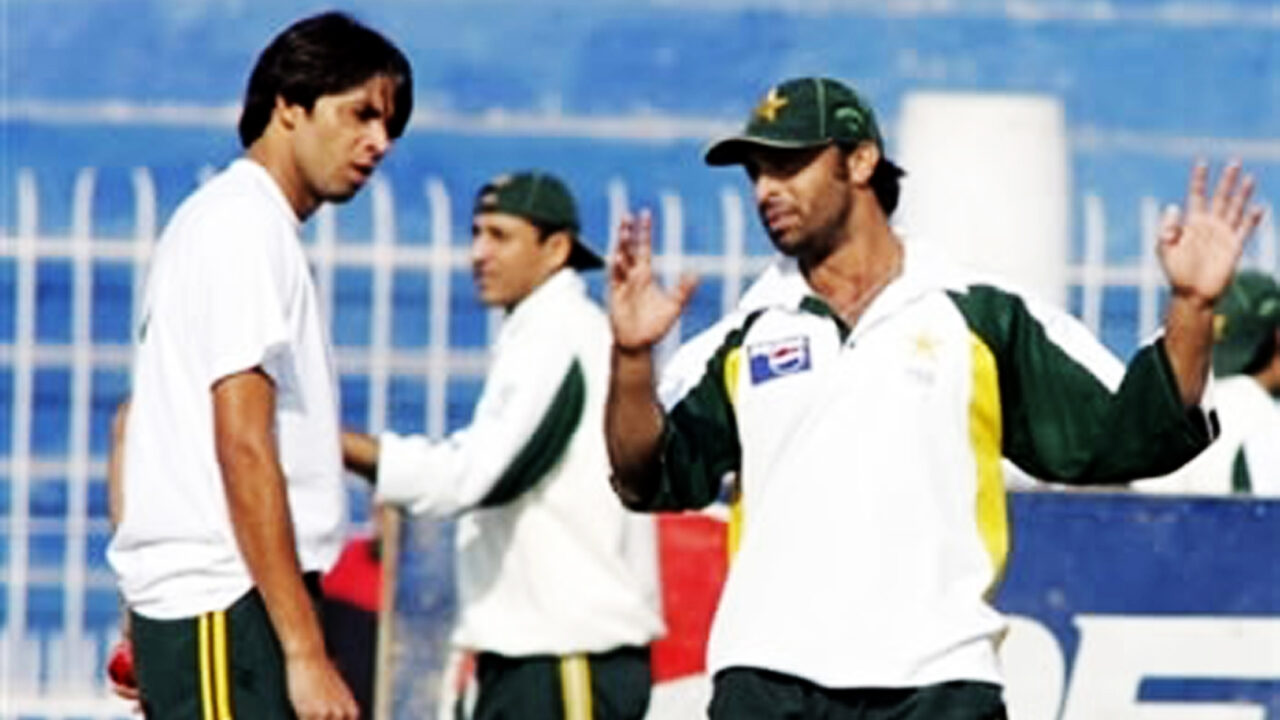 Shoaib was dropped from the team in September 2007 for beating Muhammad Asif with a bat.

Apart from this, he has been dropped from the team several times due to injury. 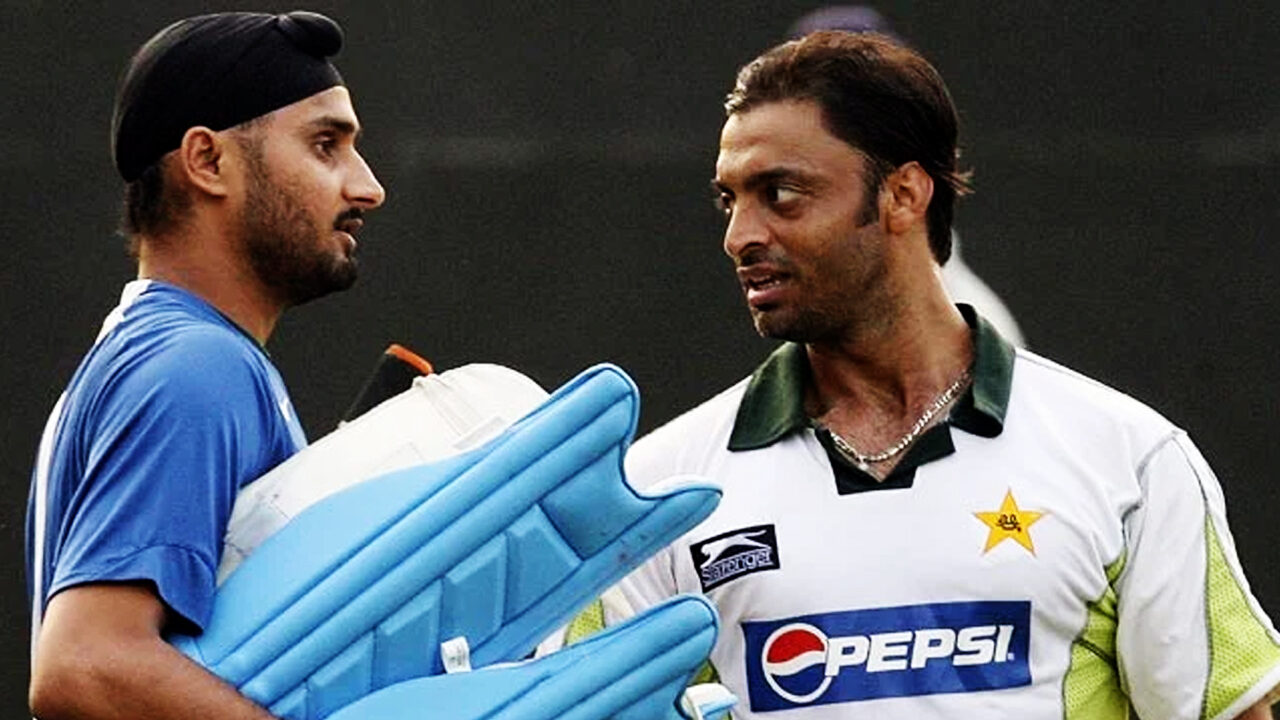 A report was revealed in 2004 that Shoaib had beaten two Indian cricketers ”Yuvraj Singh” and ”Harbhajan Singh” in a hotel room in Karachi during the 2004 Test series between India and Pakistan.

But Shoaib later dismissed the allegations, saying it was just a joke. 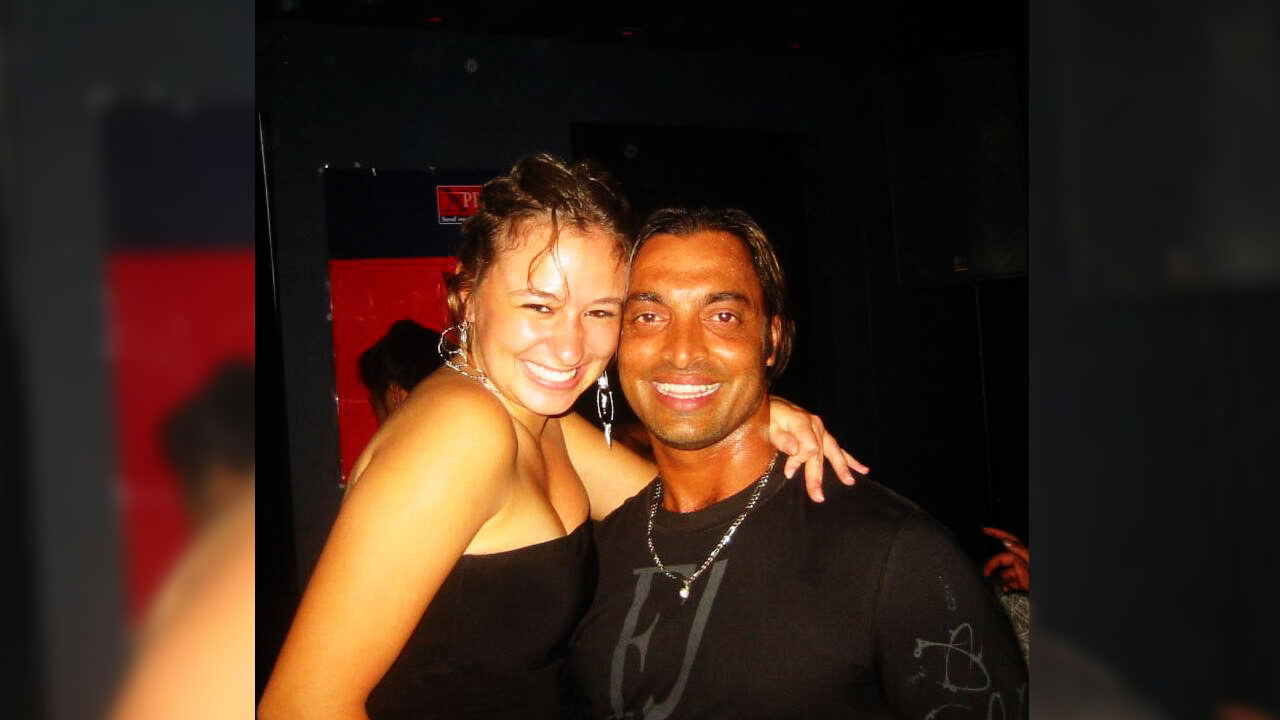 The world’s fastest fast bowler Rawalpindi Express was also fast in his time in terms of luxury life, and dating girls. Smoking, alcohol, and parties were commonplace.

Let me tell you that Shoaib’s fans are more found in India than in Pakistan, then his name was associated with many Bollywood actresses.

Famous Indian actress Sonali Bendre’s name was at the top of the list of Shoaib Akhtar’s girlfriends, but Shoaib denied the rumors about Sonali Bendre. 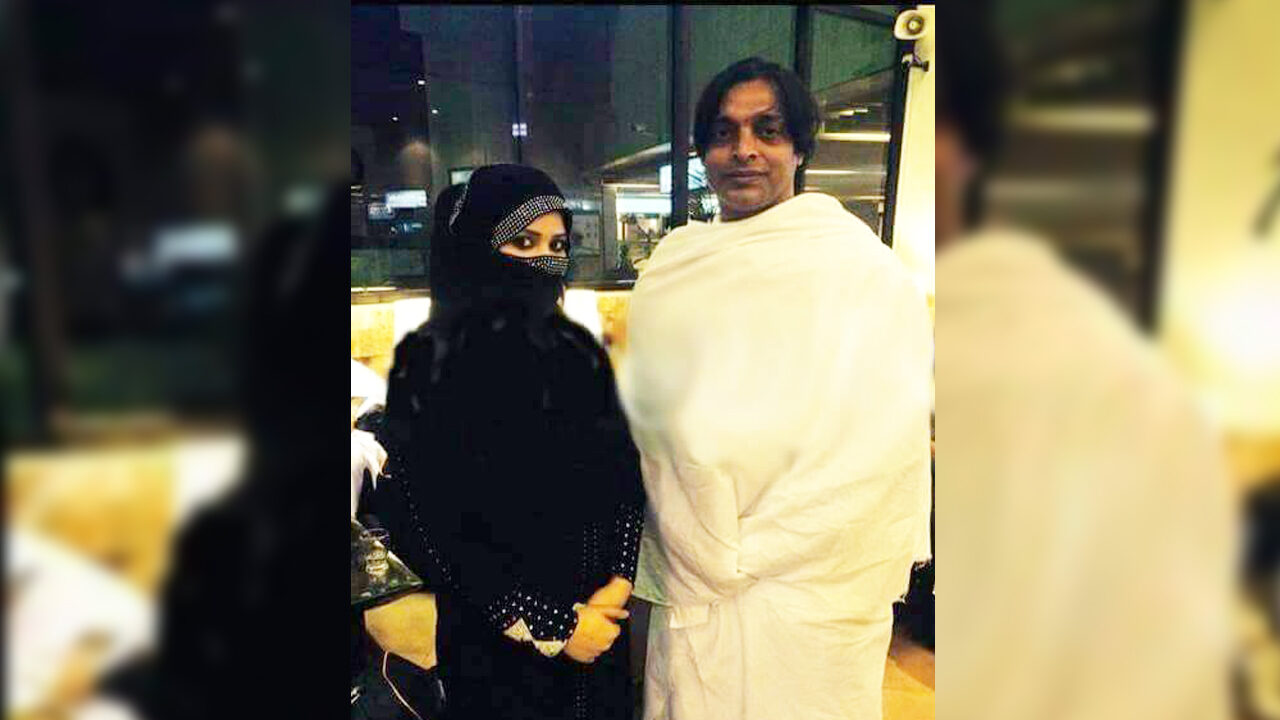 Rawalpindi Express Akhtar had retired from all formats of cricket immediately after the 2011 Cricket World Cup, and after his retirement on June 25, 2014, Shoaib Akhtar married a teenage girl named Rubab Khan, with whom he had two sons, and Shoaib Akhtar’s wife is very beautiful.