Getting married is definitely a beautiful opportunity and there are many people who, despite failing in this relationship once, want to choose a better life the next time and get another chance in the showbiz industry.

There are many women who thought of remarrying in the presence of teenage children and their children were also involved in this happiness.

Morning Show host Dr. Shaista Lodhi married her cousin Adnan Lodhi a few years after their first marriage at the behest of the family.

By the time this marriage took place, their two eldest children had entered their teens and little Iman. She was about to make the journey soon.

It was definitely a difficult decision for Shaista because it was her cousin Adnan Lodhi’s first marriage and it was a decision that Shaista would have to face any loss.

But it is never bad with people with a pure heart.

Therefore, this decision of Shaista proved to be the best not only for them but also for their children.

He also shares with his father first and affectionately calls him Adnano. 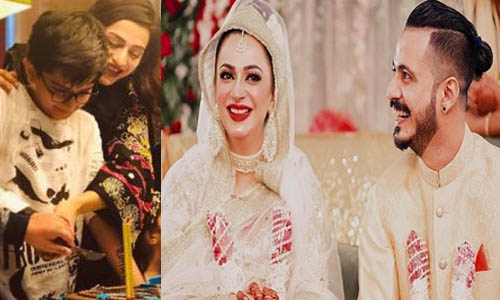 Actress Hiba Ali gained fame from the drama “Dil, Diya, Dahleez” and she chooses the script very thoughtfully so she is rarely seen.

After the failure of Hiba Ali’s first marriage, she She was making this journey of life with her teenage son and often people would see her and say that it is difficult for Hiba  to get married because she has a very good shape and morals. but this decision is a It was not easy with my son.

But now she has crossed this stage and she is married to Salman. 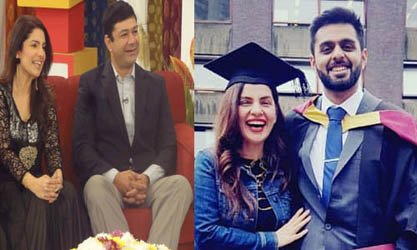 Most people thought that he was not married but Kiran Khan never hid her first marriage and son or not.

No one could have guessed from his smile that he had ever seen any sorrow in his life.

When his second marriage took place, her son had reached the university and no one could have guessed that her son’s Looks like this little sister in front. 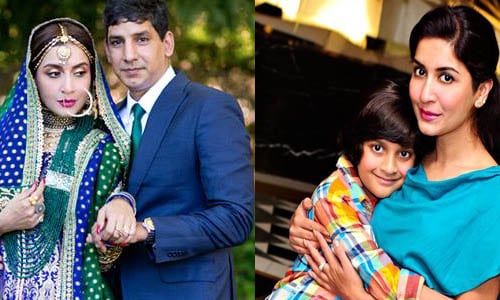 I don’t know why actress Saman Ansari’s first marriage ended but she was driving the car of life with her son and she belongs not only to Meda.

forward to because he knew that if my mother.

Did not allow any reduction in my upbringing his happiness would never be hindered.