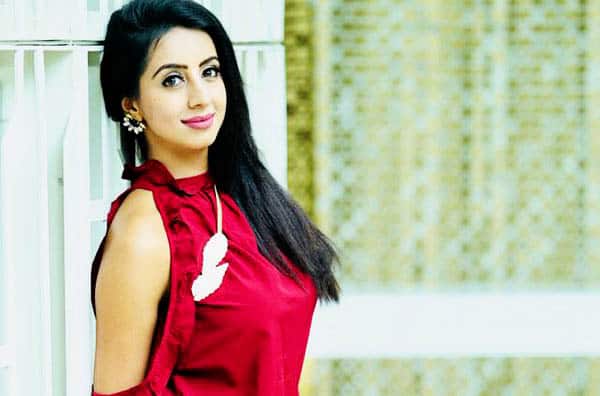 The certificate bears the signature of Sanjjaana Galrani and the names, addresses, signatures, and phone numbers of two witnesses Imtiaz and Aslam Pasha.

According to media reports, Maulana Zainul Abidin, the superintendent of Shah Waliullah Madrassa, said that the Madrassa had issued the certificate on the basis of the affidavit brought by Sanjana Galrani in the court regarding her conversion.

Maulana Zain-ul-Abidin said that whoever approaches a madrassa for accepting Islam, a court certificate is issued, proselytizing is carried out in accordance with the law.

This process has been going on for many years under the madrassa Shah Waliullah to be continued.

Maulana said that whether it was Sanjjaana or anyone else who submitted an affidavita  from the court, a certificate of acceptance of Islam would be given on that basis.

Is Archana Manohar Gulrani alias Sanjjaana has said in her affidavit that she has been hearing and seeing many things about the religion of Islam for the last 10 years.

Studied the existing material on Islam, discussed the religion with those who follow Islam.

She was influenced by the principles of Islam.

Archana Galrani said that she had converted to Islam on October 1, 2018 in the presence of qualified persons, family members and witnesses.

Archana has also said that she has converted to Islam of her own free will without any external pressure and has adopted the Muslim name of Mahra.

Film actress Sanjjaana Galrani has been found guilty in the two drug cases, which have been uncovered by the CCB.

A few other accused, including Sanjjaana Galrani and another Kannada actress Ragini Deodi, are in judicial custody these days.

Meanwhile, the news of Sanjjaana Galrani’s conversion to Islam in 2018 has sparked a debate in the film and political circles of the state.