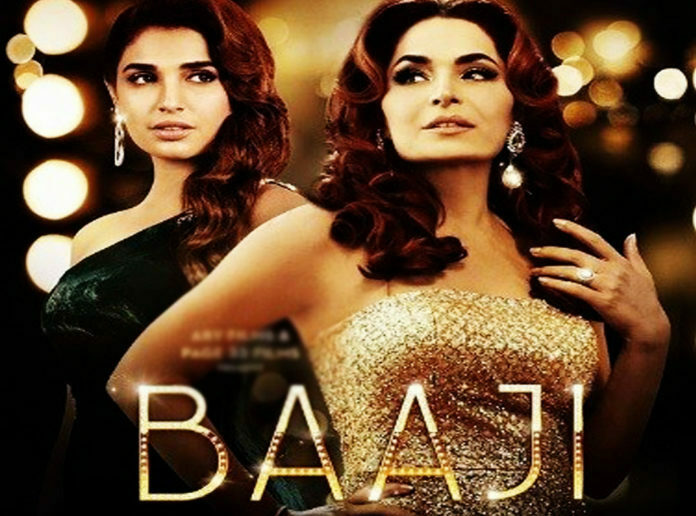 The movie Baaji is slated for release on June 28 2019, the peoples are already looking forward to watch the movie.

Shan Ali TV English News – 23rd April, 2019: The first teaser of the much awaited Pakisani film ‘Baaji’ has been revealed.

Starring Meera and Amna Ilyas, the teaser of the film was released on Tuesday 23 april, 2019.

Meera and Amna Ilyas look every bit stunning in the first look of the Baaji movie and the teaser is intriguing, to say the least.

Baaji Movie revolves around the story of a superstar whose time is running out played by Meera Jee, an girl who dares to dream big played by Amna Ilyas and an director with a grand vision played by Osama Khalid Butt. Meera Jee Starrer Baaji’s Teaser Released – Entertainment News