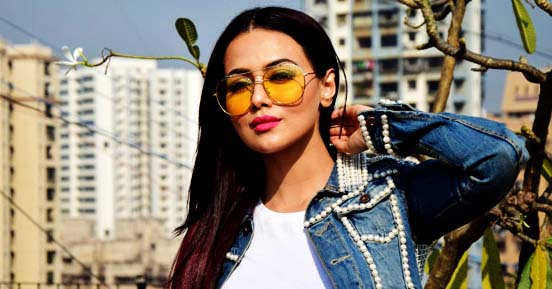 Actress Sana Khan, who withdrew from Bollywood for the sake of greetings, expressed her desire to go on Umrah.

Sana Khan has posted photos of the prayers at the Kaaba seven months later on the photo and video-sharing app Instagram.

In the caption of the photo posted by the former actress, she has expressed her intention to go to Kaaba Sharif.

She, best known for her role in ‘Bigg Boss’, had announced her retirement from Bollywood and acting for the sake of Islam this month.

In a post on the social media platform Instagram on Thursday, she wrote that she wants to serve humanity and follow the orders of her creator, so she saying goodbye to showbiz.

She addressed her followers in a detailed post in three languages ​​Hindi, Urdu, and English, she said that she is at a critical juncture in his life.

For the past several days she has been contemplating the real purpose of her existence.

She said that she had been wondering for a long time whether the real purpose of men coming into this world was only to pursue wealth and fame.

Isn’t it part of his duty to spend his life in the service of the poor?

It may be recalled that in March this year, in the wake of the global outbreak of the covid19, some restrictions were imposed on worship at the Haram Sharif.

On the 18th of this month, the state media reported that for the first time today, a large number of pilgrims attended the Fajr prayers at the Haram Sharif.

It is to be noted that permits are being issued in Haram Sharif according to 75% capacity.