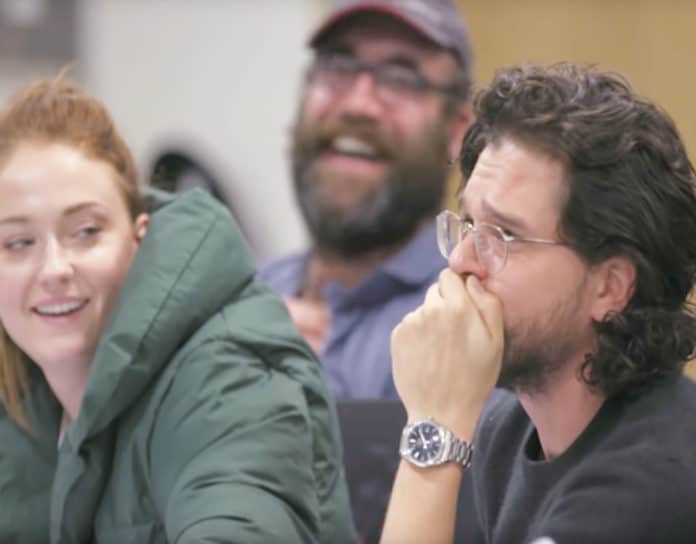 With only another episode to go till we say goodbye to thr Game of Thrones, HBO has dropped an trailer for its two hour documentary about the filming for the final season.

Trailer Titled Game of Thrones; The Last Watch, the documentary will chronicle the making of the final season.

The minute long trailer shows show runner D B Weiss, speaking for the cast at the final table read where he says, (This is the strange. Here we are all at the last table read. That’s like seeking around and seeing your family.)

The Game of Thrones Documentary trailer also shows a dramatic cut of Kit Harington who role plays Jon Snow becoming overwhelmed with emotion at the words on the page.

Trailer Directed by British filmmaker Jeanie Finlay, the documentary (delves deep into the mud and the blood to reveal the tears and triumphs involved in the challenge of bringing the fantasy world of Westeros to life in very real studios, fields and car parks of Northern Ireland.)