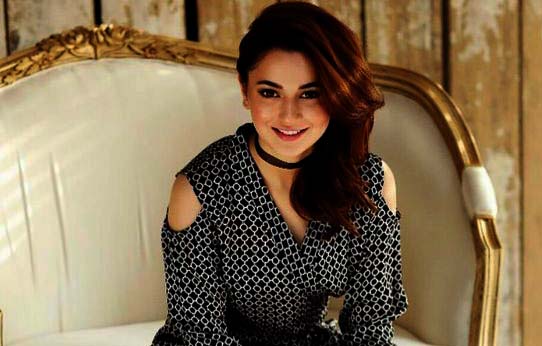 Earlier, the actress had made a video mocking the dialogue of the Indian drama ‘Who was in the kitchen’ which went viral.

The actress sang ‘Bari’ in her voice on her Instagram account which is being appreciated by the fans.

It can be seen in the video that he is accompanied by two friends who are playing guitar and Hania is awakening the magic of her voice.

It should be noted that the song ‘Bari’ was sung by Bilal Saeed and Momina Mustehsan which proved to be a hit this year and the song got 85+ million views on YouTube.

This is not the first time that Hania Amir has been humming the song. She has surprised the fans on several occasions before.

It may be recalled that the actress had recently shown the essence of acting with actress Rimsha Khan and actor Feroz Khan in ARY Digital’s successful drama ‘Eshqiya’. Hania Amir,s comedy performance was well received by the fans.