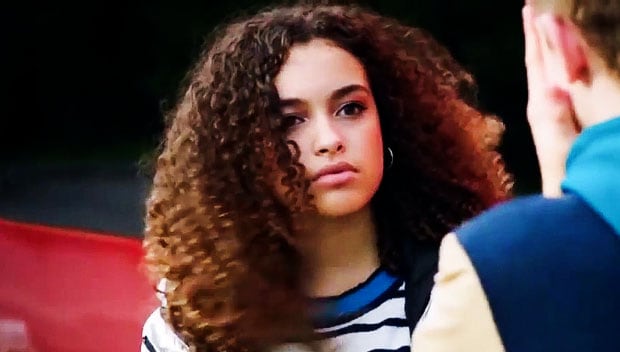 The Teenager, who appeared in Millie In between and Almost Never, has been described as a (beautiful and talented girl).

Littile Actress Mya-Lecia Naylor, who starred in CBBC’s Millie In between and Almost Never, has died at aged 16.

Her agents says, she died on 7 April.

An statement posted to the CBBC famous website said, We are so sorry to have to tell you that Mya-Lecia, who you will know from Millie In between and Almost Never has, very sadly, died.

Mya-Lecia was a much loved part of the BBC Children’s family and She was a hugely talented actress, singer and dancer.

We will miss her enormously ever and we are sure that you will want to join us in sending all our love to her family and friends.

We know this Post and News is very upsetting, and it may help to share how you are feeling with friends or an trusted adult.

A&J Management tweeted, “that is with the deepest sorrow we have to announcement that on Sunday 7th April Mya-Lecia Naylor, very sadly, died at age 16. Mya-Lecia was hugely talented tv star and a big part of A&J, we will miss her greatly.

“Our love and thoughts are with all her family and friends at this difficult and sad time.”

Among those to pay tribute was actor Emily Atack, who starred alongside her in Almost Never.

On Instagram she wrote, “So shocking and sad to hear about lovely tv star Mya-Lecia Naylor. She was a beautiful and talented teenager girl.

“A ncomplete joy to be around on the set of Almost Never. Sending all my love to her family & friends. Rest in peace beautiful and Lovely girl.”

Alice Webb, director of BBC Children’s which includes CBBC, said: “We are distraught and so terribly sad to hear the news about Mya-lecia.

“She has shone so brightly on our tv screens, both in Millie In between and Almost Never, and it’s unthinkable that she won’t be part of our journey going forward.

“She was hugely star and popular with our audience, a very talented actress, dancer and singer, and a real role model for her young generation peoples.”

Lovely Mya-Lecia was also in Cloud Atlas and in one episode of Absolutely Fabulous.