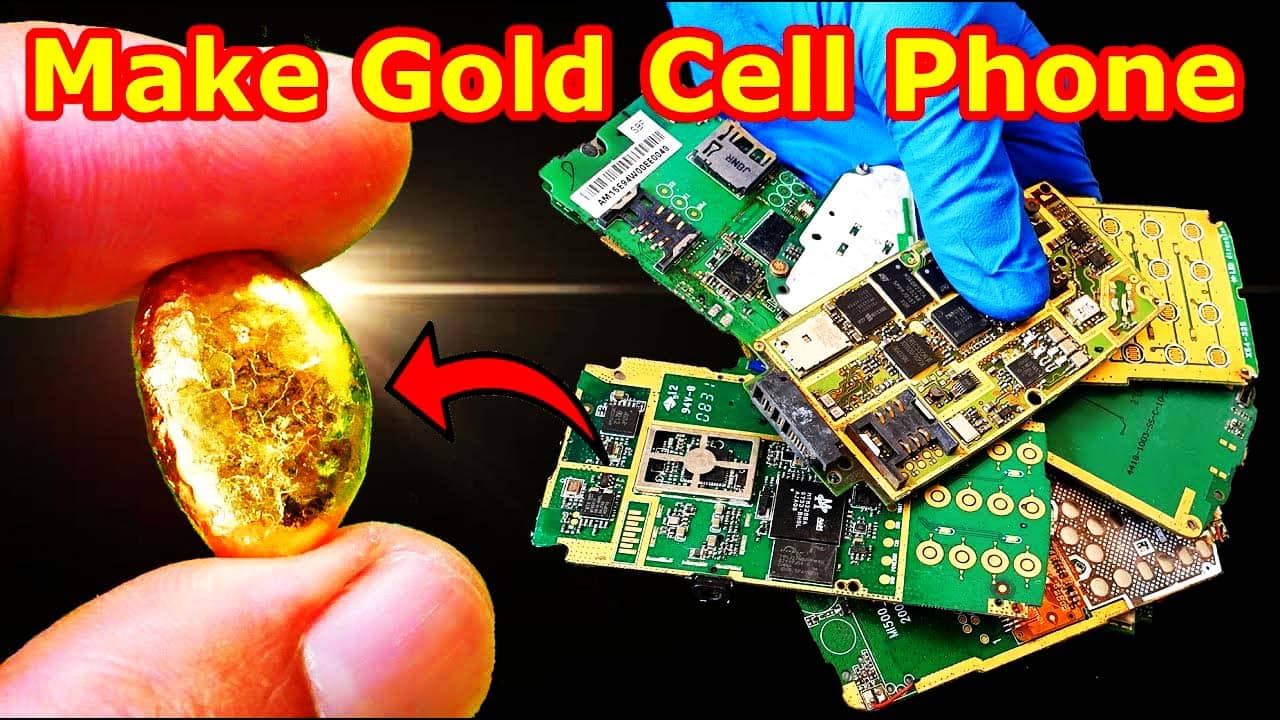 Did you know that your cell phone contains “gold”?

The mobile that you carry in your pocket or purse has “gold” in it, this is not wrong but it is really true. Mobile phone manufacturers actually manufacture parts of mobile phones with gold or a light layer of gold, as this gold helps in passing the current through the device faster. About 7% of the world’s demand for gold is used in mobile phones and other electronic items. Gold, silver and copper are used in electrical connections made in mobile phones.

Apple’s Gold, a documentary made in the United States in 2019, showed a scene from a Colombian street, showing how gold is found on mobile phones or computer motherboards and is being mined. A 2010 US Geological Survey found that 130 million mobile phones in the United States were unusable each year. 130 million cell phones weigh about 30 million pounds, of which 67 million ounces of copper, 1.5 million ounces of silver and 125,000 ounces of gold are mined each year. Now this number must have multiplied many times over.

Gold is a metal that has always been in demand. That is why the price of gold in Pakistan seems to be rising day by day. The price of a gold towel is still close to one and a half lakh. Gold has always had a special significance and is still used to conduct current in some parts of expensive electronic products such as mobile phones or computers / laptops. That’s why a whole scrap market for electronic devices operates around the world. Whose job is to extract gold from old bad mobile phones and other electronic items. It is said that about 350 grams of gold can be extracted from a ton of equipment like mobile phones, laptops etc.

Although the Tokyo Olympics 2020 did not take place this year due to the corona virus, its management decided to extract gold from old electronic items to make medals. For these games, they had to make 5,000 medals, which is the same. Mobile phones and other electronic devices were to be made from scrap / waste. This was the first time that gold was so widely collected from mobile phones, etc., that medals were made from them, on which work had begun. Due to the virus, the Tokyo Olympics could not be held this year and the “recycled gold, silver and bronze medals” could not be seen. However, during the Olympics in July 2021, people lost gold. Will be able to see bicycle medals.

Japan’s Olympic Committee collected 79,000 tons of electronic devices, including 6 million smartphones, for the work. To this end, he launched a nationwide campaign called “Everyone’s Medal”, in which ordinary people were asked to donate any of their mobile phones to be part of the campaign to create medals for the Olympics. By donating a mobile phone, they can be proud that the gold extracted from their given phone will be used to make Olympic gold medals. The top layer of these gold medals will be 6 grams of gold and the rest of the interior will be silver metal. Will be used.

The design for the medals was conceived by Japanese artist Junichi Kawanishi, whose entry was selected from 400 entries, and the idea of ​​recycling gold from his mobile phone, etc., ran wild. Since then, people’s attention has been drawn to the fact that the mobile phone in the pocket contains important metals such as gold, which has increased its value. Many people are now using mobile phones and other electronic devices to make gold, and their business is running smoothly.