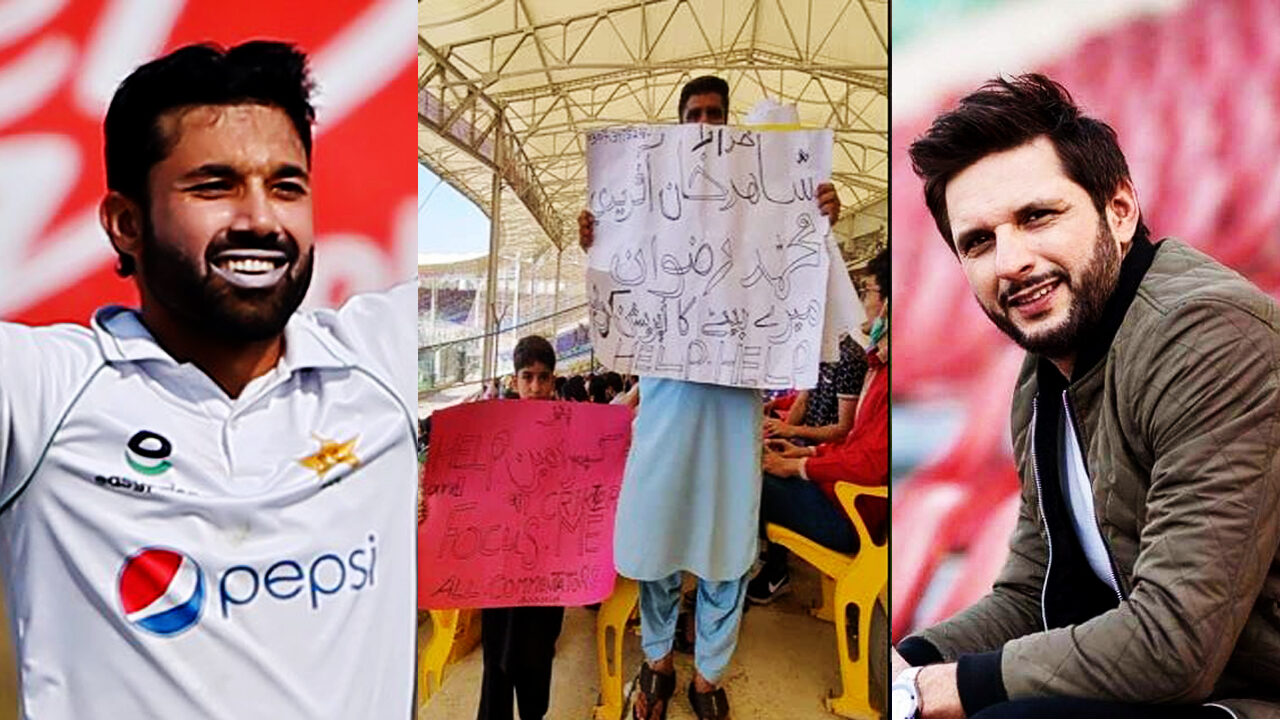 In the second match of the Pakistan-Australia Test series at the National Stadium Karachi, a fan appealed to Shahid Afridi and Muhammad Rizwan to help on operation of his son.

A picture of a father and son in the National Stadium is going viral on Twitter.

Cricket News: The picture shows the father and son holding placards on which they have written an appeal for former captain Shahid Afridi and Mohammad Rizwan.

On the placard in the hands of the father of the young child was written, ‘God! Let Afridi and Mohammad Rizwan operate on my son.

On the other hand, on the child’s play card, addressing the cameramen, commentators and cricketers, it was written, ‘Please! Pay attention to me. ‘

It should be noted that the last match of Pakistan and Australia Test series will be played in Lahore.